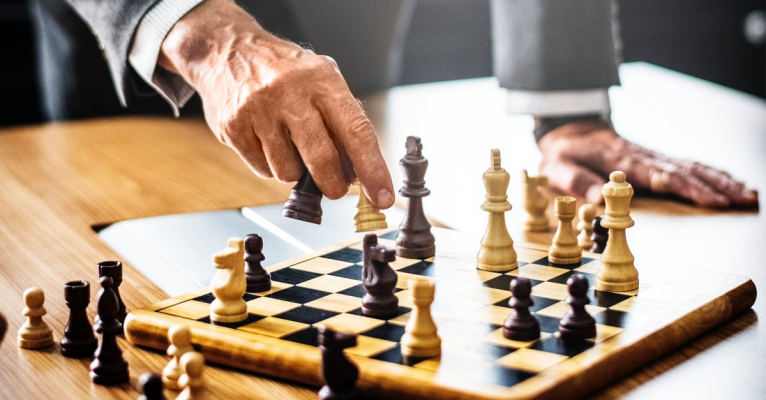 As a lifelong entrepreneur, I’ve been able to find a lot of success in building businesses, like LiveGlam, from these leadership ideas. Below is a list of my top tips for becoming a better leader from my personal experience building companies as well as from other business leaders!

As the CEO, I’m usually the last person a potential hire interviews with. I like to start off my interviews by saying, “Thanks for putting up with our interview process, I know it’s long and I’m grateful you to have put this much effort in.”

Our interview process is so lengthy that recently we’ve decided to start compensating people for the time they spend simply interviewing with us.

Even though our hiring process is slow, our retention rate is much higher than most companies: less than 10% of our team turns over a year. That’s because we take our time to ensure each team member is going to be a strong fit. It takes a lot more than talent to join our tribe: a rockstar has got to share our values as well.

However, the opposite is true when it comes to letting someone go. If someone is a cultural fit but their skills are not where they need to be, we will spend a lot of time in developing that team member or even transitioning them to a new position.  But if it becomes clear that someone is not a cultural fit or does not align in our value system, we are very quick to let that person go.  It’s not only the best thing to do for the wellbeing of the team and culture, it’s also in the best interest of that employee so they can move on with their lives faster.

Great leadership skills include the ability to know who to hire, and when to acknowledge it’s not a good fit.

The best leaders take their time to hire the right people and are quick to let wrong hires go.

This practice enables leaders to maintain a high standard for their whole team.

Be open and radically transparent

I grew up in a conservative Indian household and there wasn’t always a lot of open communication. The lack of communication often created division and it was uncomfortable telling my family what I was really thinking or what was happening in my life. What I didn’t know is I was letting those same patterns of closed communication I had picked up from childhood spill over into my businesses.

I didn’t realize this until one day I decided to do an anonymous company poll to get a pulse on how my team was feeling.  A few people responded saying they felt there was a general mistrust within the team and that they felt in the dark as to what was happening around them. Those sentiments echoed exactly how I felt growing up. I was guilty of building a company culture that stemmed from my family culture without even knowing it.

From that day forward, I decided to embrace a policy of radical transparency: everyone, regardless of their position, would always know everything that was happening within the company unless there was a legal necessity for them not to know. Everything? Yes, everything- the good, bad and the ugly.

Today I communicate openly about our finances, failures, short-term goals, long-term plans and much more.  Almost nothing is considered sacred.

Since adopting this policy of radical transparency, the entire team feels so much more comfortable discussing issues openly and working together as a team.

There’s no feelings of mistrust or worry like something’s going on behind their backs that they don’t know about.  We spend a lot of time embracing this policy with new hires, and the impact has been outstanding.

The best leaders are radically transparent with their team members. They are reliable and trustworthy. They inspire employee loyalty and honesty by being an example of those qualities.

The best leaders are reluctant to take credit for company successes but are quick to accept responsibility for company failures.

In many organizations, when something goes wrong it’s usually followed with a lot of silence or arguing as to who’s fault it was.  But when something goes wrong inside of our team, you’d think there was a competition taking place as to who was responsible.  Each person is quick to acknowledge what they could have done differently even if the outcome was mostly or entirely outside of their control. That’s because our team knows the only way to grow from failures is to take responsibility for them, otherwise nothing will ever change.

The opposite is true when it comes to taking credit for successes.  The most frequent response to praise on our team is “I appreciate it, but none of this would have been possible if it wasn’t for my awesome team.” We spend a lot of time building each other up and never cutting anyone else down.

One of my favorite ideas from Jim Collins’ book “Good to Great” is during success, the best leaders look out the window to give others credit, but during failures, they look in the mirror to take responsibility.  Unsuccessful leaders often blame everything and everyone for why they are not successful, such as a bad economy, bad timing, a lack of capital or support.

But successful leaders give credit to everything and everyone, besides themselves, for why they succeeded.

Shifting credit and accepting blame builds stronger teamwork and trust within the organization. Humble leaders are effective leaders because they minimize status differences and make every team member feel valued and appreciated. They work for the greater good of the whole company rather than themselves. They ask their employees for feedback and they are willing to listen to criticism, admit mistakes and change course as needed. They take the blame but not the credit.

When I first started out as an entrepreneur, I would try to solve all of my team member’s big problems for them. Then I realized by doing so I was spending so much of my time focusing on what I was paying others to do and also inhibiting my team’s growth by making them dependent on me. If I always solved their big problems for them, then how would they function if I wasn’t around?

They teach their teams on how to think about problems correctly and empower them to come up with their own creative solutions.

When you allow your team to make big decisions, there are 2 possible outcomes:

When you coach your team and empower them to solve their own problems they will work harder, grow stronger, and love their job more. It’s an empowering feeling to know that your opinions matter.

Discover my one favorite thinking hack that can help solve any problem).

Value attitude as much as aptitude

One of my least favorite parts of being a CEO is having to let someone go. But the best leaders know that the wellbeing of the team cannot be sacrificed over the wellbeing of one person. And nothing drove that point home for me when I had to let one of my most talented designers go.

This person was a total design rockstar. She completely redesigned our website and people were continuously WOW’d by her designs. But for whatever reason, she just did not care to communicate and was not interested in meeting deadlines- ever.

At a certain point,, it became clear that if I continued to allow her to slack on communication and slide on deadlines, it would send a message to the entire team that they also did not have to be respect company policies. Or else it would appear that I was treating our designer with favoritism over everyone else.

So after much effort of trying to get our designer to conform to the company culture, I eventually had to let her go. It was a difficult decision, but I knew it was the right one because I could always find another designer but I could never reverse the damage that would be caused to the team if I allowed her to continue working.

Skills can be taught, but attitudes can be tough to change. Making sure a team member is a cultural fit is just as important as them being awesome at the work they do.

Are consistently learning and growing

I don’t believe it’s a coincidence that the amount of success I’ve achieved has been strongly correlated with the amount of books I’ve read. Besides my required reading assignments during school (which I usually just skimmed the clift notes anyway) I read on average one book every 5 years.  And none of the businesses I’ve started have ever gotten past $1 Million dollars in annual revenue.  That is until I started reading.

In 2016, around the time I founded LiveGlam, I read a statistic that the average CEO reads 60+ books a year. If all these successful people were reading that much they must be doing something right. So that year I committed myself and read 70 books. My business grew to $8 Million in revenue. That next year in 2017 we broke 8-figures and the amount of books I’ve been reading and our revenue have been growing ever since. I’m not saying you’ll become a mult-millionaire tomorrow by reading lot of books (and certainly no one person is singlehandely responsible for the overall business success), but merely that reading and learning is strongly correlated with success.

It’s no secret that the best leaders are readers.

They are always looking for ways to improve and pay attention to what other leaders are doing. Warren Buffett reads 500 pages a day, and Bill Gates reads 50 books a year. When I learned how many books were being read by the most successful leaders, it lit a fire under me to start doing more reading myself, and the results have been incredible.

Audiobooks are my new best friend. I quickly began burning through my reading list and learning all kinds of tips for being a better leader, a better entrepreneur, and even a better person. With an audiobook, I can easily get through a whole book in no time while I’m driving, working out, or taking a walk.

(If you want to check out some of my favorite books that will get you excited about success – here’s my reading list for the best success books.)

How to be a Great Leader

Dhar Mann shares helpful life, business, and relationship tips through his blog posts and videos, which have been shared on social media millions of times. Subscribe to Dhar Mann’s YouTube channel or follow him on Facebook to stay connected.

Dhar Mann is a mission-driven entrepreneur with over 28 Million social media followers and currently the highest viewed inspirational content creator in the world with over 10 Billion views.